Users of 7200, 7188, 3843, and 3806 have stated that Joe Italiano has repeatedly interfered with radio stations in violation of Part 97 of the FCC's rules. Apparently, in order to evade detection, Joe changed his call sign repeatedly: from KE9AI to N9PH to WB9YRI to N0WOP to AC9MV. He calls himself ToeJoe and he's taken part as a member of a group that seems to exist solely to defame others. When we last checked, ToeJoe was retired from his rather menial employment at Boeing, in St. Louis, Missouri. When we last spoke to management at Boeing, they were very interested in ToeJoe's association with a man named Karol Madera (see the links) who has repeatedly called on al Qaida to murder Americans. Joe has often identified himself as the President of NAMBLA (Collinsville, IL Chapter) North American Man Boy Love Association and a recruiter of mental defectives for a group involved with defamation and malicious interference via amateur radio.

ToeJoe is a well-known and documented jammer, allied with Karol Madera, VE7KFM. Joe's not very bright and he often disguises his voice, resembling the persona of the gay southern congressman, played by Kevin Spacey in the Netflix show, House of Cards. The FCC has DF'd Joe's jamming more than once. Despite being busted by FCC Special Counsel Laura Smith, Joe apparently continues to violate federal law.

Amazingly, Joe worked for a U.S. defense contractor. Can you imagine? An associate of an al Qaida supporter, working for a U.S. defense contractor? This Official FCC Warning Letter from Special Counsel Laura Smith in 2012, indicates Joe Italiano was using an altered recording of another licensee (K3VR) to make it falsely appear that the amateur was jamming 14.313. FCC attorney Laura Smith was not amused. This act is typical of the many fraudulent hoaxes employed by Karol Madera & company. Unfortunately, not everyone at the FCC is up to speed on the fraudulent practices of the Karol Madera Bully Gang. Fortunately, most of the incompetents at the FCC have either been removed or moved to do-nothing positions where their potential for harm has been greatly reduced.

ToeJoe refers to himself as the President of NAMBLA, and he is indeed listed on a website as such. For the uninitiated, NAMBLA stands for North American Man Boy Love Association. Joe's last known address and phone number follows. Note; reportedly Pam lives happily, elsewhere. Quelle surprise:

"ToeJoe" is credited with having organized Karol Madera's method of recruiting dimwits and criminals in order to create organized chaos on the airwaves. The previous link describes how Karol Madera came to be friends with people like Whitney Tritch, Brandon Duke, Ed Oswald Jr., Todd Daugherty, Gary E. Davis, and Mark Morgan, among others.

Joe's listed here because he's consistently defended Karol Madera's violent, obscene, defamatory rants over the past several years. Joe was banned from most responsible amateur radio websites, and this has marginalized his ability to spread Karol Madera's delusional defamation. However, many amateurs have stated "ToeJoe" is still jamming the airwaves and smearing people online, using multiple aliases.

Joe recently reported that he was going to cancel his license and sell or throw away all of his equipment by November 10, 2016. Naturally, Joe was lying, as usual. Of course, jammers like Joe and his control operator Karol Madera, lie constantly, even when it would be easier to tell the truth, a practice consistent with ALL pathological liars. For reference, here's the list of equipment Joe posted and quickly withdrew, which is still on the air, and he is still reportedly jamming, daily, according to several other amateurs.

Italiano repeatedly spoke with pirate EA1AET (Joseph F. Goldberg) on 14.275 mHz. The call EA1AET was registered to Maria Teresa Sagrado Garcia, in Spain. Despite being informed of this fact, Italiano continued to violate federal law by speaking with the pirate on the air. The Pirate -- Dr. Joe Goldberg of Tavernier, FL, now KJ4DVD-- would often engage in illegal and threatening communications, which disrupted the legal use of the frequency. AC9MV, N0WOP, N9PH, KE9AI, or WB9YRI as he has been known, would often engage the pirate and VE7KFM at the same time. The result was a defamatory and often threatening jamfest that disrupted the frequency for hours at a time. Karol Madera's signature tactics include disruption, defamation, the creation of bedlam, and poorly designed webpages defaming his serial stalking targets. He has used people like ToeJoe and Joe Goldberg, and other useful idiots, as well as psychiatric patients like Mark Morgan, Brandon Duke (now a convict serving 55 years for attempted murder) and others, in order to accomplish his malicious goals.

Joseph J. Italiano has repeatedly participated in Madera's defense, writing non-factual and defamatory missives about those Madera dislikes. Italiano was banned and de-listed by qrz.com, hamisland,net, and hamsexy.com, because he insisted on parroting Karol Madera's delusional tripe. He's still a member of a Yahoo Group frequented by Karol Madera, Mark Morgan, Whitney Tritch, Claude Plymale, and others, but his public involvement with Madera has moved from 20 meters to 40 and 75 meters recently. He repeatedly posted links to Madera's defamatory webpage, which caters to idiots, the psychiatrically disturbed. 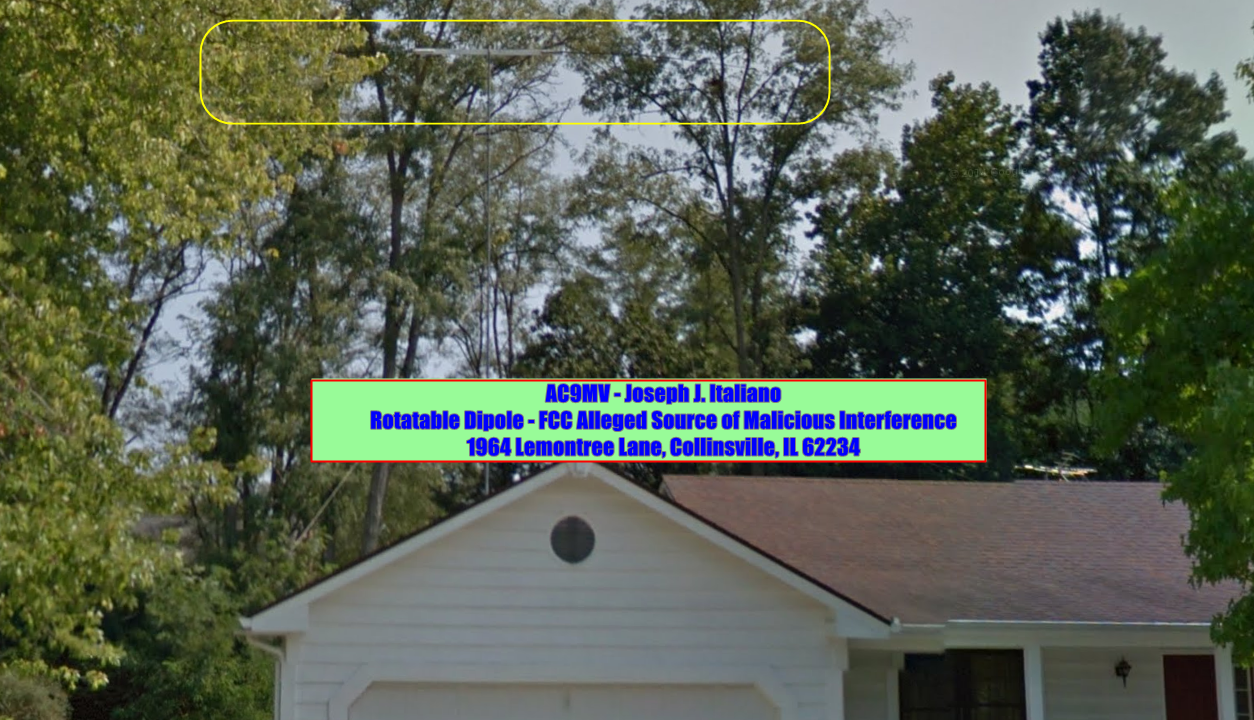 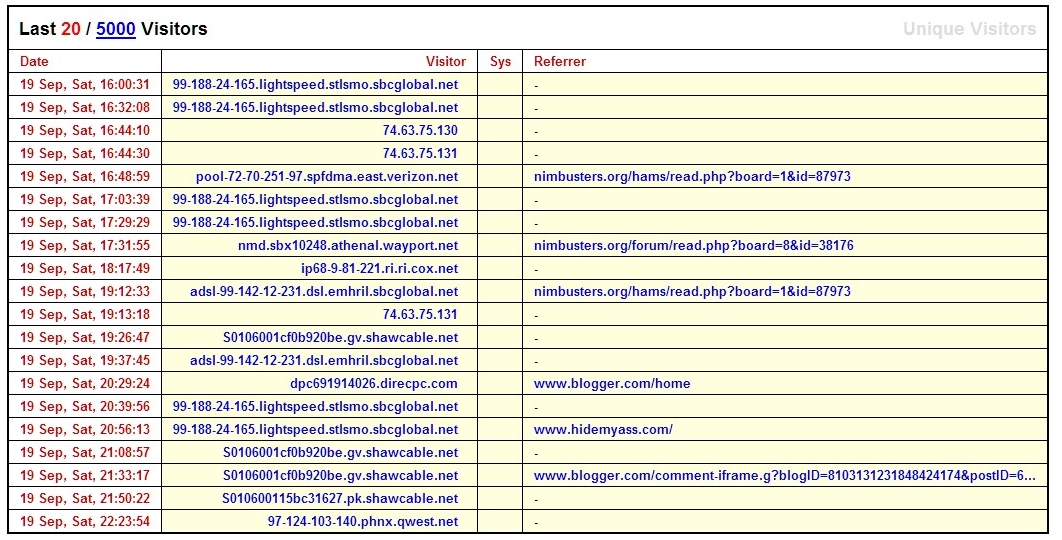 Yes, I have verified that the correct budget for NAMBLA amateur radio enforcement is indeed $12.57. While disappointing, it is good to know that is still more than the US Government spent on Amateur radio enforcement over that last 10 years. Now you wouldn't think you could get much done with $12.57, but you have to learn to stretch it like the FCC did. If the only thing you do is write letters to Amateurs basically telling them to "knock it the f^&* off, or else", and you can get the postal service to deliver the letters as a courtesy to another federal agency, $12.57 is about right for 10 years. Now if anyone puts up a fight, which quite a few did and still do, then you have to resort to other, non-traditional methods. That's where the use of FUCKTARDS and HOOPLEHEADS comes into play. So, in order to hold down costs, I have already recommended to the newly appointed head of enforcement for the NAMBLAese amateur radio service, VE7KFM, that he recruit a band of FUCKTARDS and HOOPLEHEADS similar to what the FCC has done on 14275. He is currently evaluating hundreds of resumes in order to find such a group of complete FUCKTARDs. And, per my expectations, he is using all the correct tools to do so. First, he makes sure the prospective FUCKTARD has an IQ less than 70. Next, he verifies that they don't have a job, or other worthwhile pursuit. Thirdly, he is verifying that they have no higher than a third grade eduation. Fourth, he is verifying that they can follow orders, even though some of those may be slightly illegal and certainly unethical. And fifth, they just have to be a first class A-WHOLE. Yes, it will be difficult to find this group of complete FUCKTARDS and HOOPLEHEADS, but VE7KFM can get it done with speed and agility. It is only then that we can have Amateur radio enforcement in NAMBLA at the same level as that on 14275 by the FCC.

I thank you for that nomination of Sir Karol for the job of enforcement. I sure hope he takes that job and runs with it!! I must correct you though, the fiscal 2008 budget you quoted was off by a whole 2 cents, $12.57 I think is the correct figure.Mr. President, please copy the site so that it does not disappear. You could always use this information later.